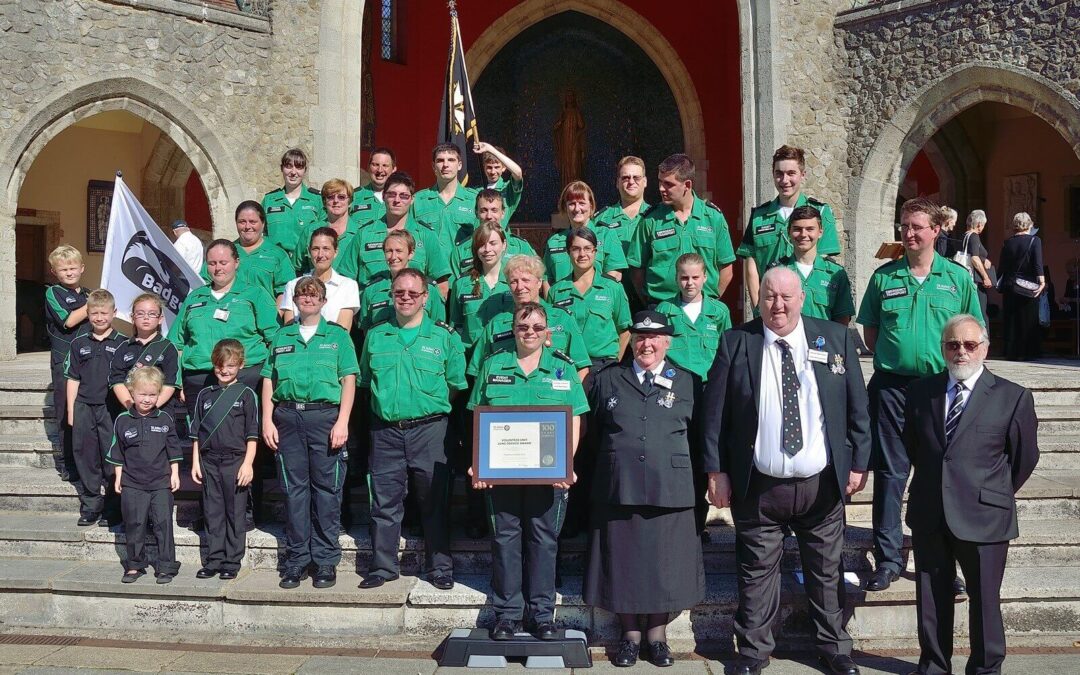 The Lord-Lieutenant as President of Kent County Priory Group attended the Thanksgiving and Re-dedication Service to mark the centenary of St John Maidstone Division which was held in the open air at the Friars on Saturday 22nd August 2015.
The Service was conducted by The Rev Mark Griffin, Deputy County Chaplain, joined by Father Damian Cassidy, Prior at Aylesford.
The Act of Remembrance and Act of Re-dedication were made by The Kent Priory Group Chairman James London and the lessons were read by Ben Holley, Kent Cadet for 2015 and Denise Warman.

The Lord-Lieutenant presented  a Certificate recording the 100 years of dedicated service given by all members of the Division since 1915. The following received Long Service Clasps –
– 2nd Medal Bar (22 years’ Service) Paul Collins and Shirley Collins
– 5th Medal Bar (37 Years’ Service) Denise Warman
– Badger Chloe Chapman received a certificate to acknowledge her achievements as a Super Badger.

The Lord-Lieutenant made a short address thanking the Division for their dedicated service to the community as well as praising those who have given long and valued service, while encouraging the young to go on to great deeds in the future. The Service was followed by tea for everyone attending the event.