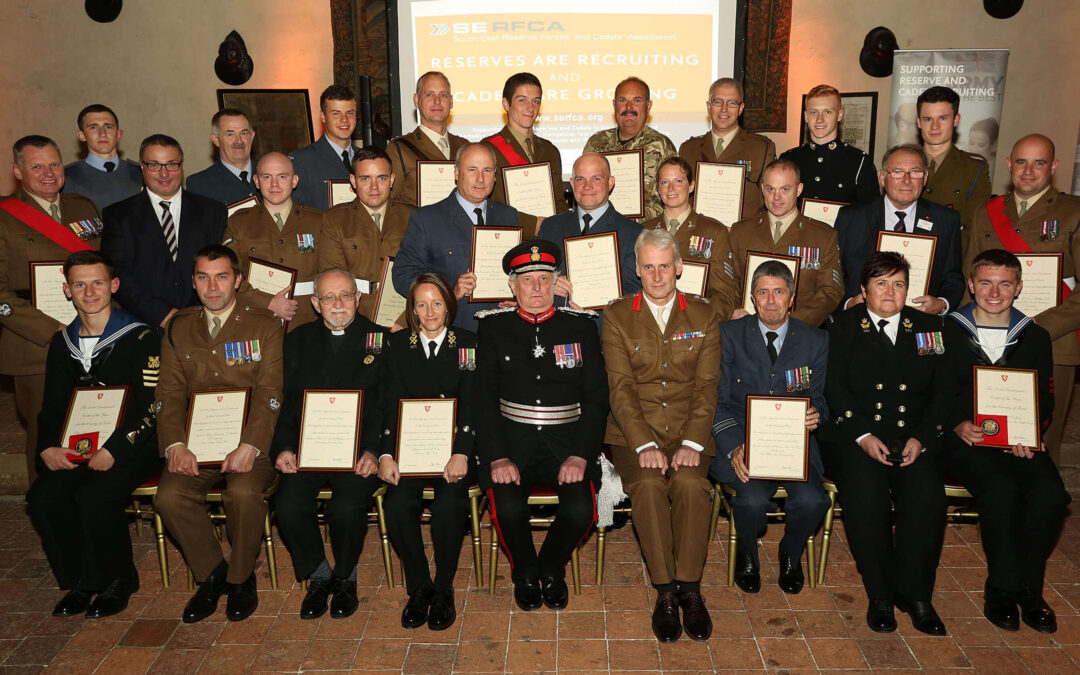 The Lord-Lieutenant of Kent, Viscount De L’Isle MBE held his annual awards presentation at his family home on 28th September 2015. Twenty four members of the Reserve Forces and Cadet Movements from all three services – Sea, Army and Air – were presented with medals and certificates in recognition of their dedicated service throughout the County.  In addition, he has appointed seven Lord-Lieutenant Cadets for 2015/2016 who will accompany him on County engagements for the next twelve months.

The event was attended by Brigadier Andrew Hughes MBE, Commander II Infantry Brigade, based in Aldershot, with dignitaries from across Kent present to witness the ceremony, which was also attended by family, friends and colleagues of those receiving awards.  Congratulating all the award winners, The Lord-Lieutenant said, “There have been many exceptional events that have taken place in this hall and it is my pleasure on behalf of Her Majesty and the County to congratulate all those who have received an award this evening”.

The Best Reservist of the Year Award

Recipients of the Lord-Lieutenant’s Meritorious Service Certificate are  –