The Lord-Lieutenant presented British Empire Medals on behalf of Her Majesty The Queen, on 16th April 2015. 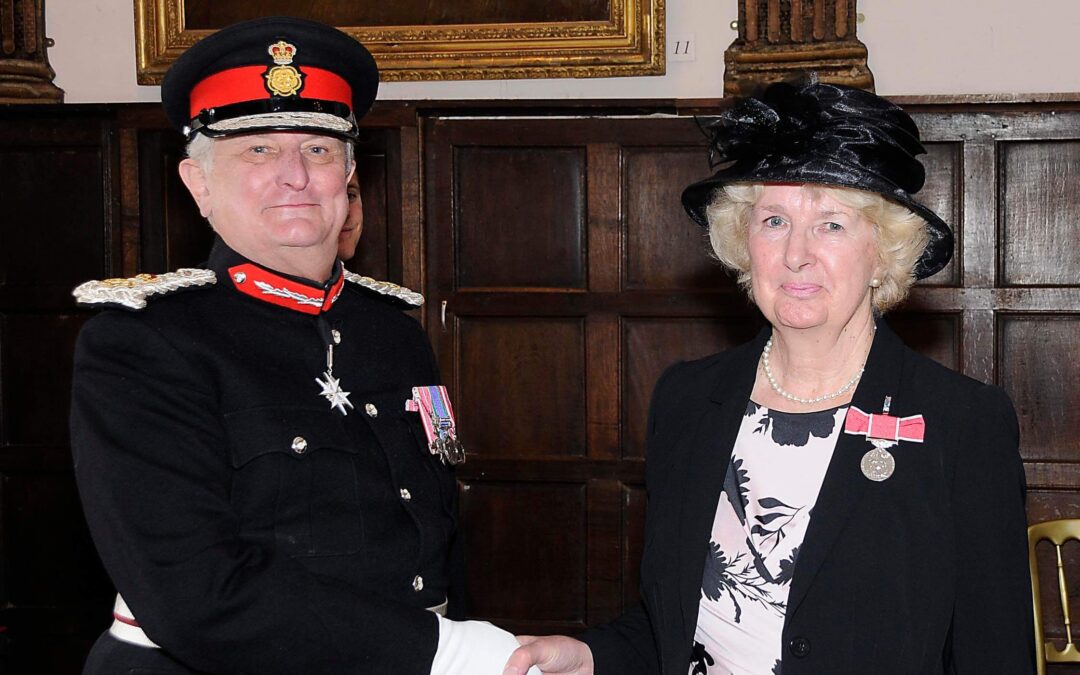 Pictured second from the left, Mrs Tessa Fineman BEM, with members of her party. Mrs Fineman received her BEM for Services to the Arts in Ashford. (c) Barry Duffield.

Those people in Kent, who were awarded the British Empire Medals in the 2015 New Year Honours List received them from The Lord-Lieutenant, who made the presentation on Her Majesty’s behalf, on 16th April, 2015.

The five recipients and their guests travelled to Penshurst Place for the Investiture, which took place in the Sunderland Room.

The Clerk to the Lieutenancy, Mr Geoff Wild, read an edited version of the recipient’s citation, before each received their medals. The Lord-Lieutenant’s cadet, Flight Sergeant James Woodroofe, was on duty to assist.

British Empire Medallists will be invited to attend a Royal Garden Party at Buckingham Palace during the summer.

Mrs Rosalynde Ward BEM, receiving her medal from the Lord-Lieutenant, for Services to People with Disabilities in Sevenoaks and to Charity in Romania. (c) Barry Duffield.