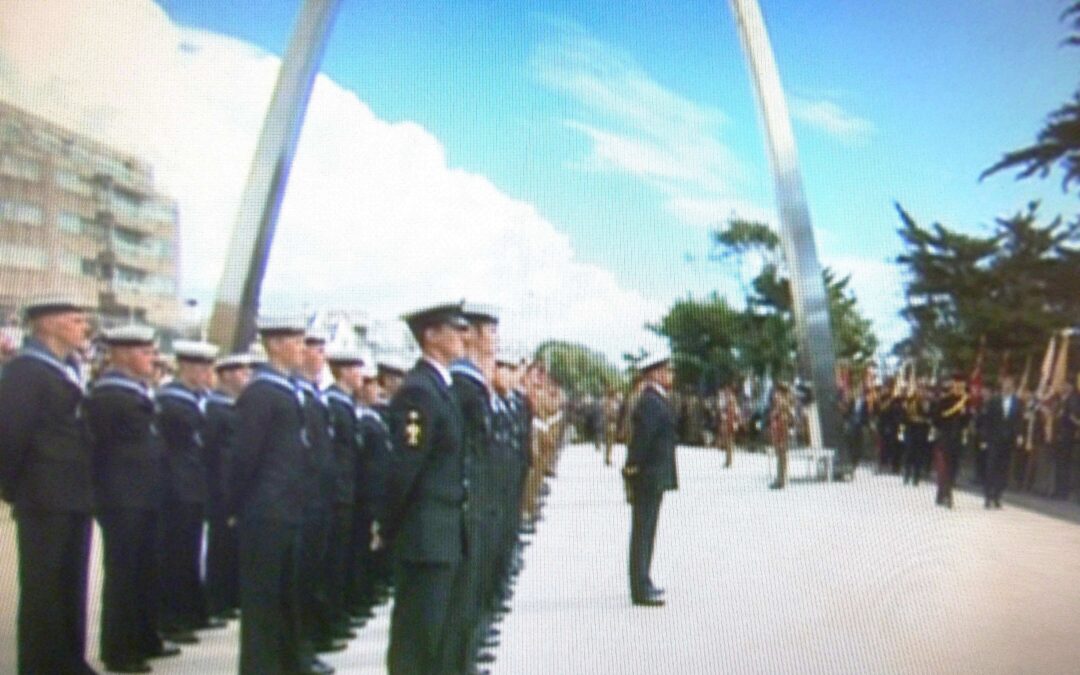 His Royal Highness Prince Henry of Wales visited Folkestone on Monday 4th August 2014 to open the Step Short Association’s Memorial Arch on the Leas, Folkestone. The arch is the only new memorial to be built in commemoration of World War 1. The arch replaces an earlier one built after World War 1 but removed to accommodate larger vehicles.

The event was nominated as a national event alongside the Service of Thanksgiving in Glasgow Cathedral and events held in Belgium.

HRH unveiling the plaque on the Memorial Arch.

Prince Harry unveiled a plaque to mark the event before a short Service of Remembrance at the Folkestone War Memorial nearby, after which HRH laid a wreath. The Tri-service Guard of Honour led by the band of The Brigade of Ghurkhas, then marched down The Road of Remembrance following in the footsteps of the millions of Servicemen and Women who took the route on their way to embark for France, some never to return. The parade was followed by a column of 800 Veterans and Cadets detachments of all three Services.

The Parade passing HRH making their way down The Road of Remembrance.  (c) Jenny Ongley.

The Marchers then formed a Hollow Square and HRH toured the detachments and spoke with many of them. His Royal Highness then departed for further engagements in Belgium later in the day.  More information on the arch can be found at www.stepshort.co.uk