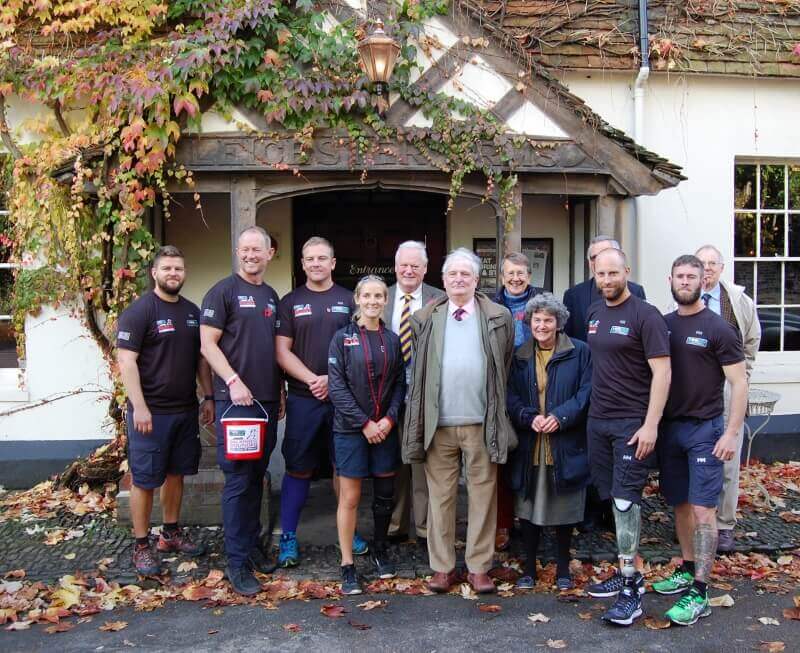 The Lord-Lieutenant, Viscount De L’Isle MBE, greeted the six Walkers who had covered over 900 miles of their 1000 mile walk through Scotland, England and Wales, and cheered them on their way through Penshurst village, on 28th October.
The Walkers, four British and two American Marines, had all received serious injuries as a result of recent military actions. They were carrying out the walk to raise the profile of the Charity – Walking with the Wounded – http://walkingwiththewounded.org.uk/
Day 68 of the walk started in Tunbridge Wells with a send- off by the Mayor, Councillor David Elliott, and Mayoress, former Councillor Mrs June Crowhurst, supported by cadets from both the Sea and Air Cadets.

The walk took them through Penshurst village where they were met by the Lord Lieutenant and Lady De L’Isle and cheered on by members of the Lieutenancy including Deputy Lieutenants  Richard Dixon, Douglas Horner  and Godfrey Linnett. The day ended at Hever Castle where the Walkers attended a small reception of local supporters.