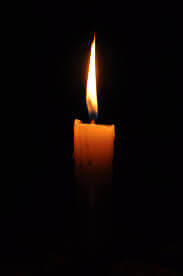 In response to the appeal made by the Department of Culture, Media and  Sport, and supported by The Royal Household for floodlighting and house lights to be extinguished between 2200 and 2300 hours on the night of 4th August,  and to leave a single light burning in each place, the gesture was taken up by many across the ceremonial county of Kent.

The nation led by Her Majesty The Queen and other members of the Royal Family, attended Vigil services across the Kingdom and across the Channel in Belgium.

Both Cathedrals in Kent held vigils; The Lord-Lieutenant attended the Rochester Cathedral Service, while The Vice Lord-Lieutenant was in Canterbury Cathedral. Deputy Lieutenants attended some of the many parish Vigils across the county to mark the moment that Britain plunged into the First World War, which supposedly ended all wars, but certainly did not. As we know 100 years later, many conflicts are still taking place on many continents.

The evening was a moment of quiet reflection on the horrors of war, the acts of bravery, and the awful consequences of modern warfare.