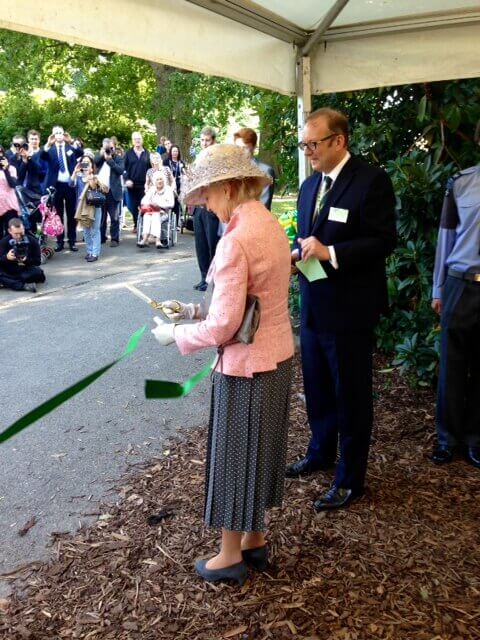 Her Royal Highness toured the museum with four school children who had helped with the production of the displays. Following the tour Princess Alexandra cut a ribbon to open the museum before attending a reception including serving members of the Squadrons, veterans and other guests.
Princess Alexandra unveiled a plaque marking the event before she departed.

Background History
Two Regiments of Yeomanry were formed in East and West Kent in 1794 to defend against possible invasion by Napoleon. The Sharpshooters were formed in London at the time of the Boer War. They were amalgamated as a reconnaisance regiment in 1961. Changes have continued and today they form the Reservist C (KSY) Squadron of the Royal Yeomanry based in Croydon and 265 (KCLY) Support Squadron of the Royal Signals, based in Bexleyheath, both of which have served in Iraq and Afghanistan.