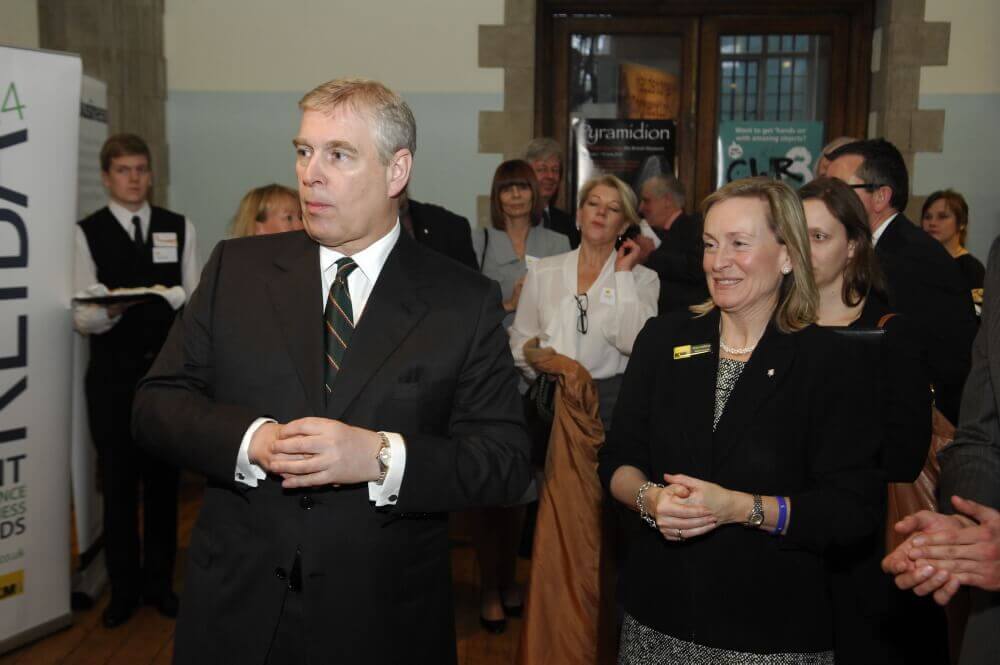 His Royal Highness the Duke of York has encouraged businesses to take on an apprentice during a visit to Kent. Prince Andrew, a strong supporter of vocational training, spent several hours in the County on February 5 for two special occasions. He first attended a military commemoration in Hythe before travelling to Maidstone Museum to meet young people, company chiefs and local dignitaries, including Cllr Eric Hotson, the chairman of Kent County Council, and Cllr Clive English the Mayor of Maidstone.

The event was hosted by the KM Group, the county’s long-established multi-media business, as part of its Kick Start Kent campaign to persuade 50 employers to take on an apprentice within a year. The campaign is run in partnership with training provider IPS International and the Kent Association of Training Organisations. Viscount De L’Isle, the Lord-Lieutenant of Kent  who is The Queen’s personal representative in the County, welcomed the Duke of York to the lively event in Maidstone Museum.  He has made the employability of young people a key feature of his Lieutenancy. Lord De L’Isle said: “Young people face a tough time finding worthwhile work and apprenticeships are an important way of giving them a good start to their career. They also offer huge benefits to the business in terms of fresh ideas and new skills. I applaud the KMG campaign and am delighted that HRH the Duke of York was able to find time in his busy schedule to lend his support. I very much hope employers will share his enthusiasm for apprenticeships and see the many merits of hiring a young person for their business. I will shortly be taking on an apprentice gardener at my home Penshurst Place.”

The Duke of York attended a business lunch in the museum before joining guests at a reception during which he heard two presentations. Chris Dembrey, 19, an apprentice with Logic Project Management in Maidstone, spoke about his experience, while Geraldine Allinson, KMG chairman, told Prince Andrew and guests of the value and many benefits from taking on an editorial apprentice. Before leaving, the Duke of York commended the campaign and wished it every success.

He had earlier marked the 160th anniversary of the Small Arms School Corps in Hythe by unveiling a commemorative plaque. Major Dennis Bradley BEM welcomed the Duke in his capacity as a Deputy Lieutenant representing Lord De L’Isle. Prince Andrew, who was invited to unveil the plaque by Lt Col John Whitchurch, the Commanding Officer of the Small Arms School Corps, based in Warminster, met serving and retired members of the school at the Hythe Bowls Club. Major Bradley said: “The visit was very relaxed with His Royal Highness conversing with both dignitaries and solders alike. He wanted to talk to people on a wide range of subjects, from the period of the appointment of Mayors of Hythe, to the saving of some of the Shorncliffe Barracks complex, and the career prospects for soldiers.” The plaque was later attached to the memorial which is dedicated to all those who served in the Small Arms School Corps.