TRH The Prince of Wales and The Duchess of Cornwall visit Yalding, 19th March, 2014 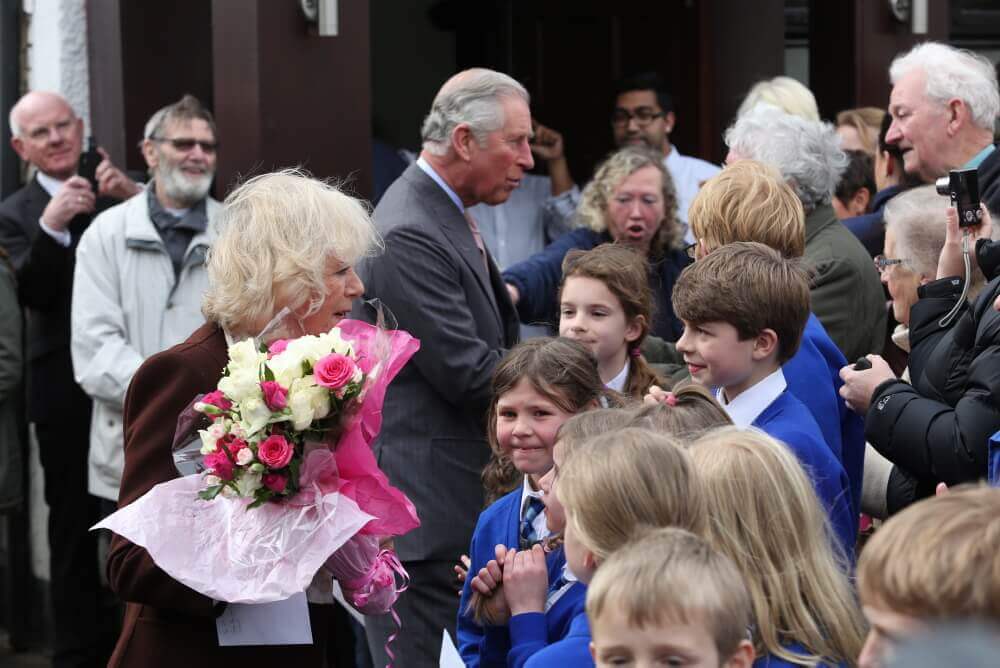 The Prince of Wales and the Duchess of Cornwall paid a short visit to Yalding on 19th March 2014, to thank the many people who had helped during the Christmas Floods.

TRH were greeted by a large crowd including children from the local Primary School, which led to an impromptu walk-about, before TRH entered the Church of St Peter and St Paul, which had acted as a control centre during the crisis. During the ensuing hour they met groups of people who had played a significant part in the rescue and recovery in the village.

A surprise visit was made to Teapot Island, owned by Mr and Mrs Blazye, which had been inundated by the floods and  while they were preparing for the new season. The odour of fresh paint was in evidence, an aroma not unfamiliar to members of the The Royal Family!

The Prince of Wales is presented with a teapot depicting the Queen on one side and Queen Victoria on the other. (c) Martin Apps/ Kent Messenger