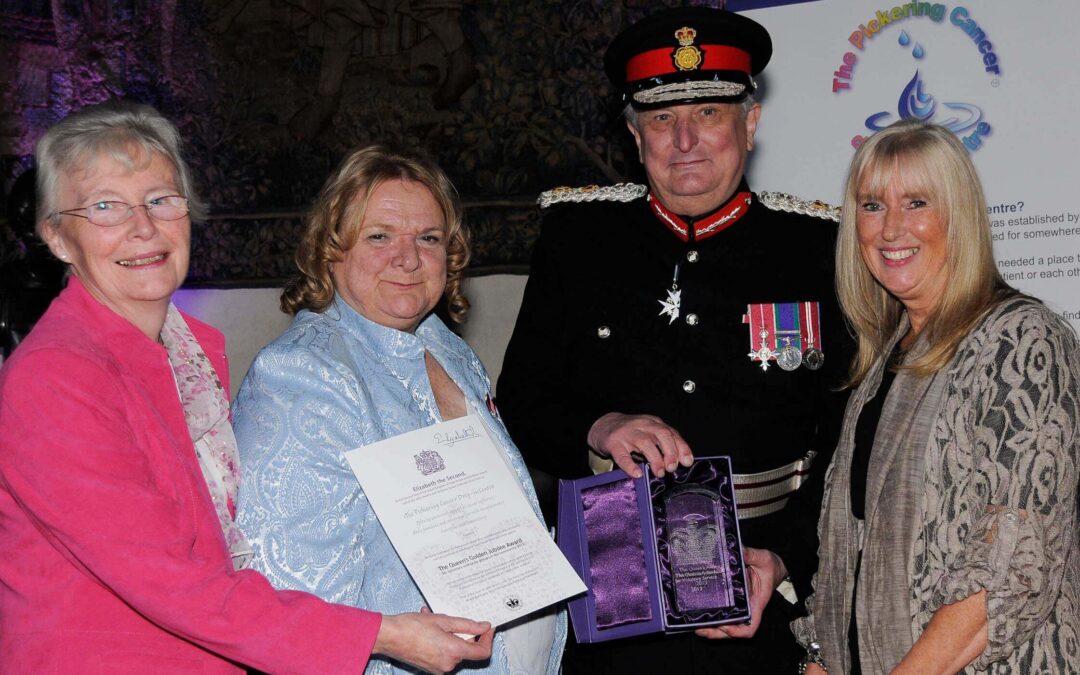 The Award of a British Empire Medal to Mrs Pauline Taylor (Polly) in the Birthday Honours list for her charity work at the Pickering Cancer Care Drop-in Centre,was announced shortly after the Centre had been selected for a Queen’s Award for Voluntary Service (QAVS).

Normally these awards would have been treated as two separate events, but because of the coincidence, The Lord-Lieutenant decided a joint ceremony would be most appropriate so the Centre volunteers could witness both events. Exceptionally Penshurst Place hosted both events and a reception which followed.

The Pickering Cancer Care Drop in Centre won the QAVS 2013 for providing vital emotional support and advice for cancer sufferers and their families.  The Centre was set up in 2004 by a group of cancer patients, led by Polly Taylor who recognised there was a need for somewhere to meet, relax and talk freely with others in similar circumstances.

The Centre is now open 3 days a week and is run entirely by an extremely dedicated group of volunteers and therapists, many having been touched by cancer themselves.

The Lord-Lieutenant said “This prestigious national award recognises the dedication and effort of public-spirited volunteers like you who make time and contribute so much to help others.  You are the backbone of our communities.”