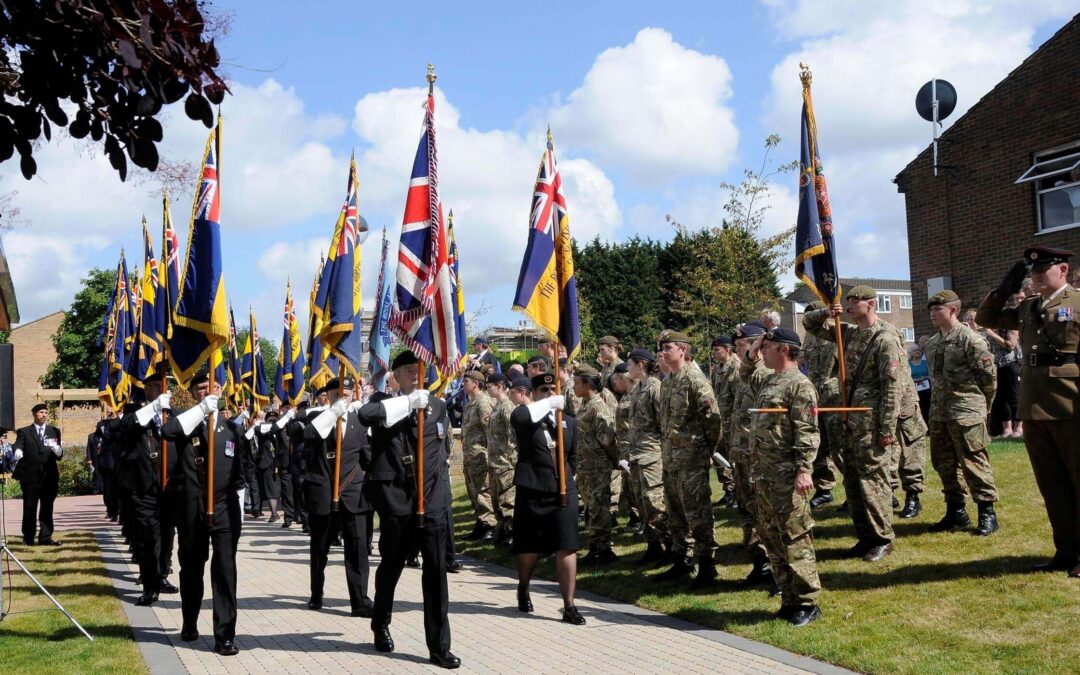 Trevor Sturgess, Deputy Lieutenant representing the Lord-Lieutenant of Kent, read the first lesson, while Cllr Owen Baldock MIET, Mayor of Tonbridge and Malling, and Cllr Leyland Ridings MBE JP, read the other lessons.
Revd van Straaten led the Act of Remembrance, while Cllr Leyland Ridings recited the Exhortation.
Two minutes’ silence followed The Last Post, after which Brigadier (Retired) Tony Kerr OBE recited The Kohima Epitaph. “When you go home, tell them of us and say: For your tomorrow, we gave our today.”
Veterans, serving officers, cadets and Royal British Legion members and friends from across Kent and beyond, attended the moving service that concluded with the National Anthem.
Barry Duffield, Deputy Lieutenant of Kent, photographed the event for local media and for this website.