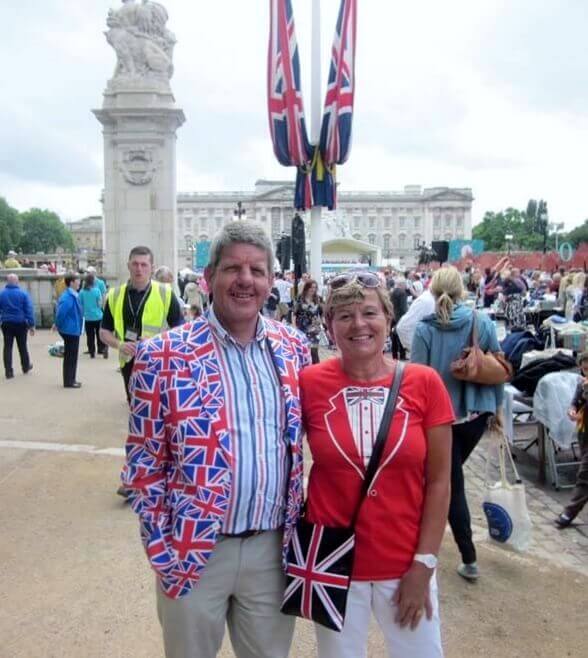 Steve Thomas, Trustee of Wealden Sailability, with his wife Carol.

The Lord-Lieutenant was asked by The Queen’s Assistant Private Secretary to nominate four winners of the QAVS to attend the Patron’s Lunch held on the Mall 12th June 2016. Each group chose two people to join the party as guests of Her Majesty. In consultation with The Lieutenancy Honours and Awards Panel the following received invitations –

Despite the torrential rain everyone enjoyed themselves. Julie Sharp of the Rainham Bereavement Friendship Group was interviewed by the BBC and appeared on the One o’clock News.
Young Lives Foundation was grateful to be invited to the Lunch and  CEO Stephen Gray said:
“Despite the rain, the atmosphere was great. It was a real privilege to be there and to be so close to the Royal Family as they passed through the crowd! I spoke with several others from charities both national and local, and it was good to share stories of the wonderful work we all do to make a difference to others – the very reason why we were all invited.”