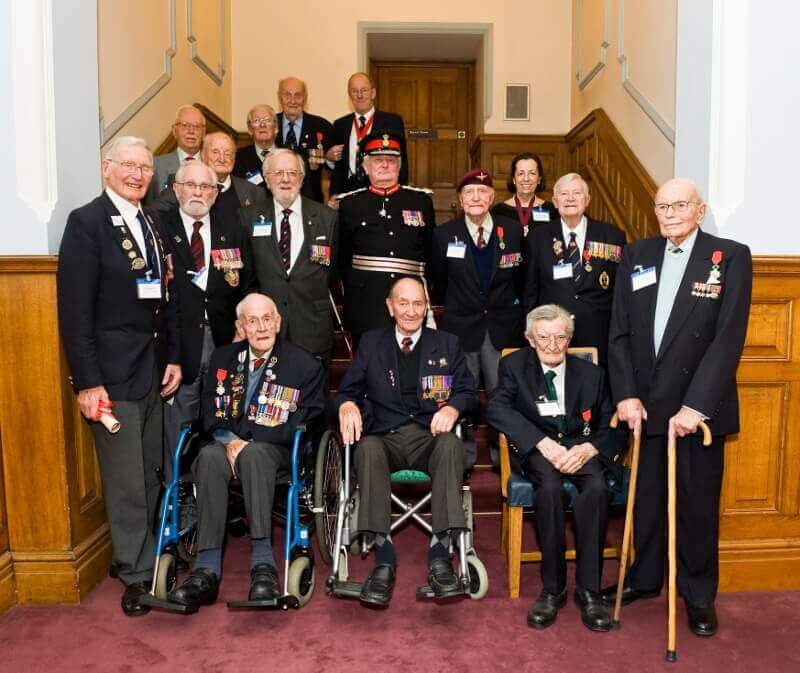 Mr Tom Gates, Chairman of Kent County Council, held a Reception in the Darenth Room at County Hall, Maidstone, on 7th February for recipients of the Ordre National de la Legion d’Honneur (Chevalier). Present at the event was the Lord-Lieutenant of Kent, Viscount De L’Isle MBE and also Mrs Kathrin Smallwood, High Sheriff of Kent at the time of the Reception.
French President Francois Hollande announced on the 70th anniversary of D-Day in June 2014 that all British veterans involved in France’s liberation during World War II would receive the honour.
The D-Day operation was described by prime minister Winston Churchill as “undoubtedly the most complicated and difficult that has ever taken place”.
Some 156,000 Allied troops landed on five invasion beaches on 6 June 1944, sparking an 80-day campaign to liberate Normandy.
There were three million troops involved and 250,000 lives lost.