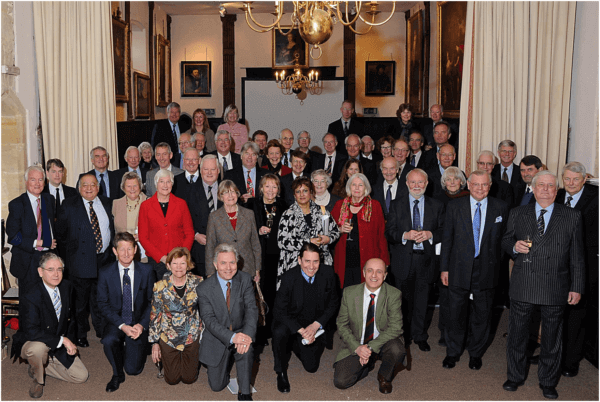 The Kent Lieutenancy Reception following the 2013 Annual General Meeting, to which 58 of the 64 Deputies attended.

The Lieutenancy of Kent held their Annual General Meeting at Penshurst Place on Saturday 2nd February 2013. It was an opportunity for the eight new Deputy Lieutenants to meet other members of the Lieutenancy and sadly say farewell to those who retire during 2013.

Junior School Talks
Following last year’s successful Diamond Jubilee talks to Junior Schools it was agreed to continue them when schools requests are received and will be available later this year.

Briefings were given on The Lieutenancy Themes for 2013:

The AGM was followed by a reception and lunch which gave everyone a chance to network and catch up with colleagues from across the county.