Kent welcomes its youngest Magistrate, aged 19, to the Bench. 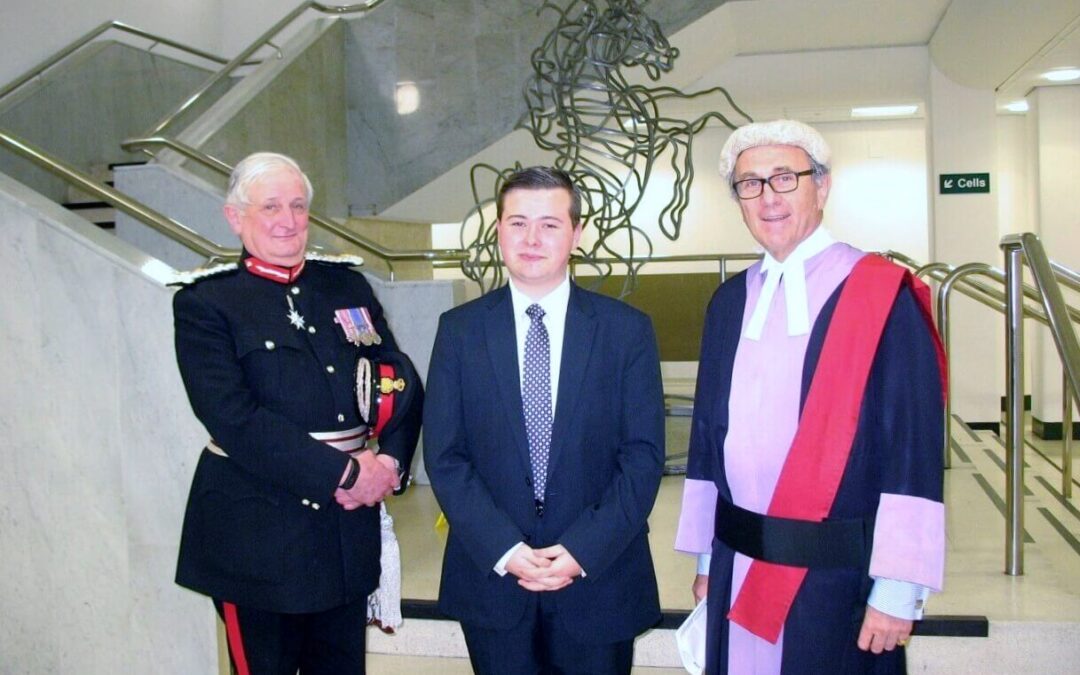 Joining the ancient office of Justice of the Peace carries a huge responsibility as well as an exciting chance to administer the law within the local community, and this is not any less true for Kent’s youngest Magistrate, Alex Hyne.
Having been appointed at the age of 18 (the minimum age for appointment), Alex has always been keen to support his local area in any way he can. Working for Medway Council, he is already laying the foundations for a career dedicated to serving the public. He has been passionate about representing local young people especially within factions of society where there is found to be little diversity in age.
Through his new vocation as a magistrate, Alex is keen to encourage more young residents to join the bench and add their experience or perspective on crime in their area. He says that his new role will be challenging and interesting, and is pleased to be representing the area that he loves.
In the presence of the Lord-Lieutenant,Viscount De L’Isle and His Honour Judge Griffith-Jones QC the new intake of Kent magistrates’ were sworn in on the 2 December last year. This happened to be a very special day for Alex as it was his 19th birthday.
With his colleagues, Alex has completed all the necessary initial training and now enters the mentoring phase where he will be supported by an experienced magistrate during his first few years on the bench. Sitting in the adult courts, he will be dealing with summary and either-way offences and will not be able to sit on any cases involving Medway Council as he is an employee.
Alex sees his role on the bench to be a lifetime commitment to serving his community and developing the culture of the magistracy. He has an interest in family law cases and has ambitions to hear these types of case in the future. Alex is now looking forward to his first day behind the bench within the next few weeks.